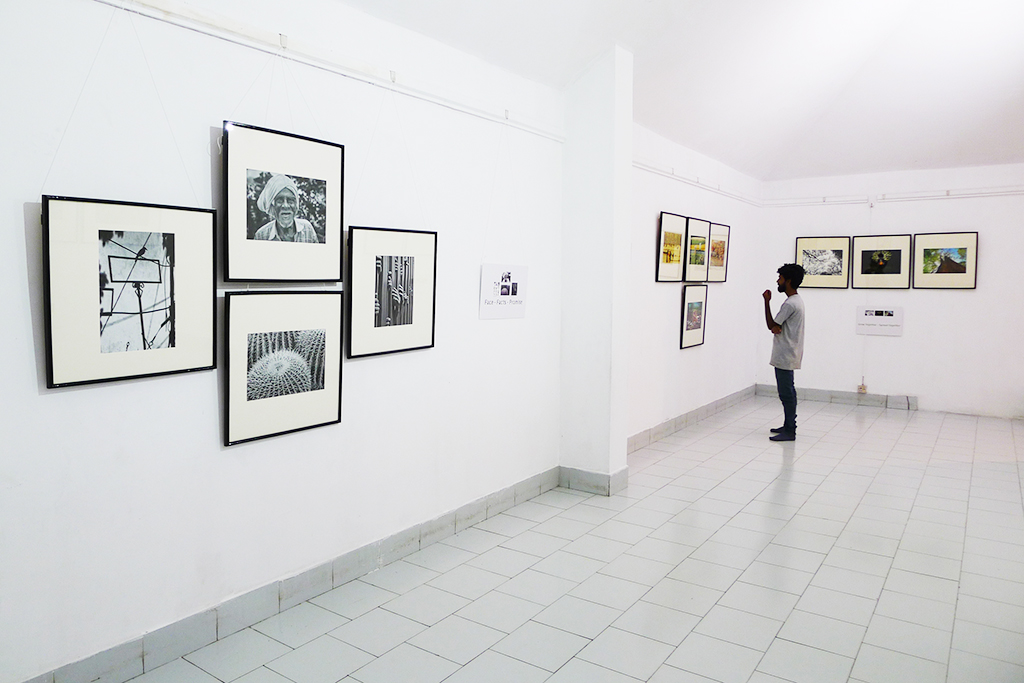 The path-breaking exhibition of photography organized by PHOTOMUSE – The Museum of Photography opened at Kerala Lalitha Kala Academy, Thrissur, The show titled ‘Open Origins – Open Ends’ features 40 photographs by 40 Kerala-born photographers living around the Nation and the middle-east. The specialty of the show is the exquisite display in which the elegantly framed pictures have been grouped into 12 separate installations representing 12 concepts, each one being presented on 12 walls of the gallery. The unique display has already received much acclaim from the viewers as well as from the critic and art historian Vijayakumar Menon who talked on the opening session, and Prof. George S. Paul who inaugurated the show on 19th November. The grand opening ceremony was attended by Prof. I. Shanmughadas, film critic, Murali Valoor, Chief editor of Koodu Magazine and many photographers of repute, like Nandakumar Moodai, Praveen P. Mohandas and Seema Suresh.

The photographs have been curated out of about ten thousand images posted in the online club of PhotoMuse. This is the second edition of the show, the annual edition of which is scheduled to be shown in Cochin in April 2016. The whole series of the show is curated by Dr.Unni Krishnan Pulikkal who is also the director of PhotoMuse. This is one of the most significant exhibitions of Photography in the state in terms of artist-participation, viewership and curatorial novelty. Exhibition ends at 6.30 pm, on 22 Nov. 2015, Sunday.