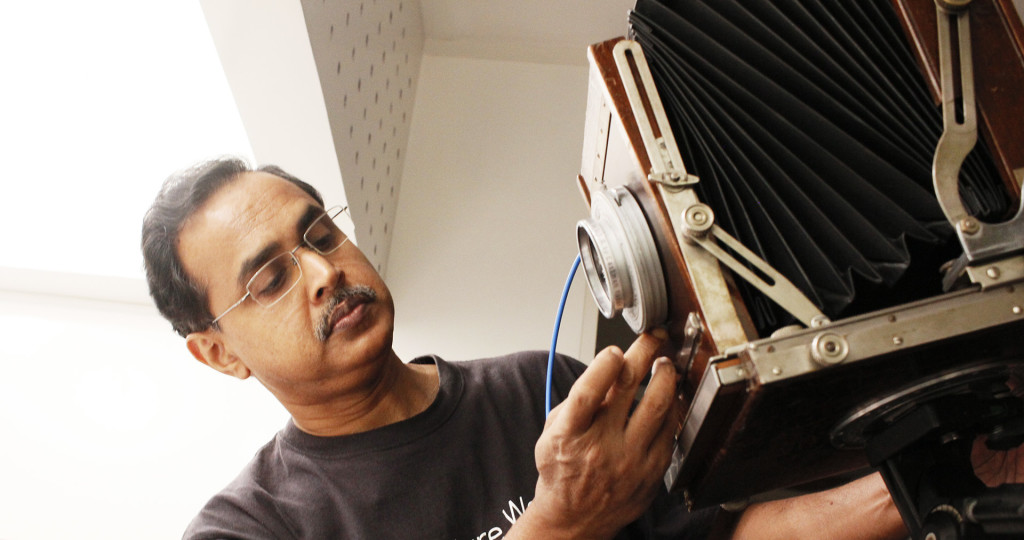 Born 1969. Since 1995, Unni Pulikkal S. has lived and worked in Thrissur, Kerala, in Southern India. Dr. Pulikkal’s contemporary photographic work is mostly conceptual photo-based art, creating archival pigment prints which are sometimes subjected to process-based manipulations such as over-painting, pigment toning, and other physical alterations. He is also working with a large-format film-based field camera, creating the final prints with historic photographic processes like cyanotype and platinum-palladium printing.

In addition to his position as the founding director of PhotoMuse – The Museum of Photography, India, Dr. Pulikkal is a senior fellow of the Ministry of Culture, Govt. of India in Creative Photography and Associate of the Royal Photographic Society, London, England.

Dr. Pulikkal’s work has been exhibited internationally which includes the Cleveland Museum of Natural History, Ohio, USA and the Industry and Film Museum in Wolfen, Germany. Dr. Pulikkal is an educator, lecturer, and an outspoken advocate of environmental education and social responsibility through photography.