Dr.Unni Pulikkal is one of the few to use a large-format field camera

KOCHI: Ever seen those old cameras? The large-format field camera in which the photographer goes behind a dark piece of cloth to click? They are a thing of the past. Or are they? To make introductions brief, Thrissur native Dr Unnikrishnan Pulikkal is one of the limited numbers of people using it.

And, no. He is not stuck in the old times. Unnikrishnan is probably the only photographer in the country to do conceptual photography using the large-format field camera. “After clicking, one needs to create negatives,” he says. “After the negatives are processed, a platinum-palladium print is made. This is the main reason why I shoot using a large-format field camera. I use an 8×10 camera. I also use a digital camera for the same.”

Platinum-palladium print is a printing technique used for black and white photography. “Started in the 1870s, it is a classical process,” says Unnikrishnan. “The technique ensures longevity. However, the process is tedious and time-consuming.”

A doctor by profession, the self-taught photographer learnt about the technique through US-based photography historian Herbert Ascherman Jr. Currently, Herbert and Unnikrishnan are jointly conducting a platinum-palladium print exhibition at the Lost Works’ Gallery in Cleveland, Ohio.

Apart from Herbert, Unnikrishnan has been influenced by the late nature photographer T N A Perumal. “He gave direction to my photography which had been a mere hobby then,” he says.
Unnikrishnan now focuses on shooting social documentaries and fine arts photography. 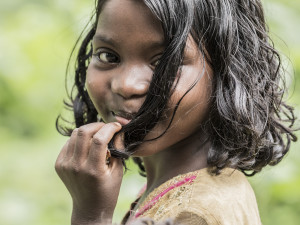 Another nagging question: How did a doctor ever get into fine arts photography? “I was always an artist,” he says. “I used to paint during my school days. It was only after getting a job that I took up photography.”
Unnikrishnan got behind the lens for the first time in 1996. “In 1999, I began taking it seriously,” he says.
Being a doctor, taking up photography wasn’t hard. “Photography is a branch of science,” he says. “The process of shooting involves chemistry and physics. The camera is a combination of physics and mechanics. In photography, it is all about capturing human feelings. The medical field is all about the human beings. It’s the aesthetic part of photography that takes time and effort.”

The award-winning photographer currently works on art-based photography. “It can also be called photo-based art which is about boundary-free art,” Unnikrishnan says. “The artwork is basically abstract. The photo image is altered through painting by hand.” The project is expected to be complete by February.